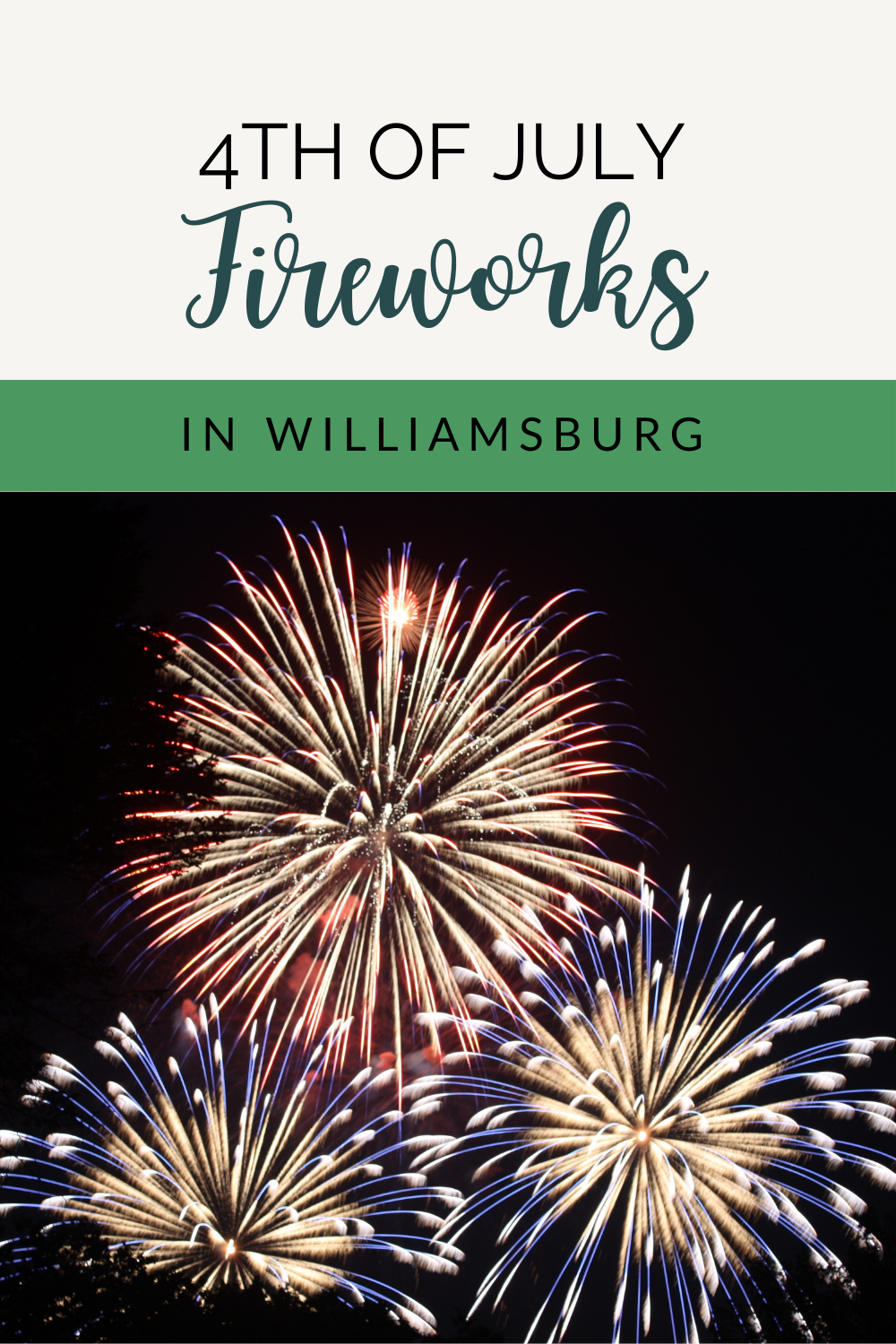 Fireworks have been a part of the 4th of July celebration since the country’s earliest days. according to historians, fireworks were first used in America on July 4th, 1777, to celebrate the adoption of the Declaration of Independence (according to Britannica).

Since then, fireworks have become synonymous with the holiday, and millions of Americans enjoy watching them each year.

Enjoy these large-scale displays put on by professional pyrotechnicians that will blow your mind. Whether you’re watching fireworks at a local park or attending a grand display at an iconic landmark, there’s no better way to celebrate our nation’s birthday than by enjoying a colorful display of fireworks.

Where to See Fireworks in Williamsburg VA

Yorktown is the place of our country’s Independence so there’s no better place to see fireworks than down at historic Yorktown.

The day will be filled with activities from an 8K Run to kids’ games at Riverwalk Landing (down by the beach). Finish out the evening with music and fireworks over the York River.

*If you have a boat, hanging out on the York River near the beach is THE BEST place to see an awesome fireworks show. We often head to the marina to watch fireworks and then the neighborhoods also have competition displays that are a blast!

Cap off your day of adventure and thrilling entertainment with an ending of epic proportion every Friday, Saturday, and Sunday as we fill the summer night’s sky at 9:30 p.m. with a memorizing fireworks display.

You won’t want to miss this colorful array set to a sizzling summer soundtrack that is sure to leave you in awe. Choose a picture-perfect viewing spot to watch as bright colors burst behind lit coaster tracks.

The 4th of July Fireworks display is THE production. If we make it home in time, we usually walk down the street to a place we can see the fireworks and sit in chairs to watch! It’s go big or go home!

As the prelude to the thrilling Fourth of July Fireworks display, The American Music Concert Series concludes with a celebration of the words and music of the American Revolution.

Highlights include a reading of the Declaration of Independence, American marching music of the Revolution, a patriotic sing-along, and selections from the Music for the Royal Fireworks by George Frideric Handel performed by the CW Fifes & Drums Sr. Corps culminating in a grand display of fireworks at 9:30 p.m.

We want you to explore and experience all Virginia has to offer from dining to accommodations and attractions- like we do it here. From fine dining to hidden beaches and the best donuts in town, vacation in Virginia like a local.

Explore things to do in Virginia on VA travel tips, your local Virginia travel site.